Showing posts from January, 2015
Show All

When I never missed my evening Prayer

By Unknown Posted on January 31, 2015
I had been doing our school’s evening prayer since I was in grade two in pry school till I finished my high school but my evening prayer was never that interesting like when I was in grade eleven and there is a long story behind this scene. Today I thought of sharing it in my blog. To be true though I did our evening prayer for almost ten years but I never could chant all the prayers which is in the prayer book even by looking at it. I tried many times but failed to catch up all but I could hardly catch up few stanzas which are to be chanted with the slow rhythm and used to chant only that parts of all because I if chant the other parts without proper pronunciations and escaping some words, it’s belief to be a great sins so I thought it’s better not to chant that unknown stanzas. And because of that I always used to feel bore during the prayer hours and tried to ignore it. My almost all friends used to chant thoroughly like the monks in the monastery. Though it’s not to be said but i
Post a Comment
Read more

Recollections of my Ambitions

By Unknown Posted on January 28, 2015
I think these days are the last days to recollect my ambitions before I actually see my horrible result which are now like unicorns and soon they are going to fly leaving only me behind because after the result, the result will decide my journey and not me. It’s quite crazy but wanted to keep as my beautiful memory in my archive before it gets crushed. When was in primary school, my ambition was to become a pilot because I thought it’s really cool to fly over the air when everybody looks up from the earth wishing if they could also fly in that one day and I too used to think that way. Whenever our teachers used to ask us about our ambitions and hobbies, I used to say pilot and used to get really puzzled between ambition and hobby because I thought they are same. When I reached secondary school, I got confused with my ambition and sometime I used to have more than one and sometime none. Sometime time I used to say teacher, sometime doctor, engineer so on and sometime used to say “
Post a Comment
Read more

By Unknown Posted on January 27, 2015
I was 72 in weight a month before and my BMI was fat so I thought of losing some weight but I didn’t know how, so I thought of doing with a simple diet.  My weight mustn’t be higher than 65 and this is my mission. I couldn’t do the proper diet but thought of eating less having no idea whether it’ll have any effect or not. So I decided to eat less than my actual appetite and I’m doing that since last week of Dec 2014 and even started with evening jogging and some simple exercise in the evening since I’m not able to carry out in the fresh morning. Because I can hardly wake up at 8 or 9 and it’s not possible for me to jog in the odd hours. I’m still continuing with it but I have no idea whether I’ve actually lost any weight or I’m just scarifying with my especial food and wasting my time. I’m thinking of weighing my weight in Feb of 2015 and if there happen to be no change in my weight even a single kg then I’m sure I’ll start again with my daily routine and eat as much as I can, no
Post a Comment
Read more

By Unknown Posted on January 25, 2015
Today is 25th jan 2015 and i'm waiting for our class xii result to be out soon by this last week of jan  probably . I'm neither very afraid nor very curious  about my result because I know how my exam went. i'm only waiting to see the marks no matter how much did i scoured. I'm not at all happy with my exam. It is so sad that a maths student spoiling his only back bone maths paper and had a little expectation with the english ll as I had already spoiled my english l, which was also unfortunately leaked in the history of BHSEC for the first time that also in our batch, how unfortunate batch are we! and we unfortunate students of Bajo hss knew only when we are out of the exam hall.  There is no charm in this years class xii's result, so sad to know. And i'm personally very angry with the one who did this for english paper which is one of the most interesting  and easy subjects, and i know it's not favourable to say that english is a easy subject as it
Post a Comment
Read more

The ‘hot stone bath’ in Paro 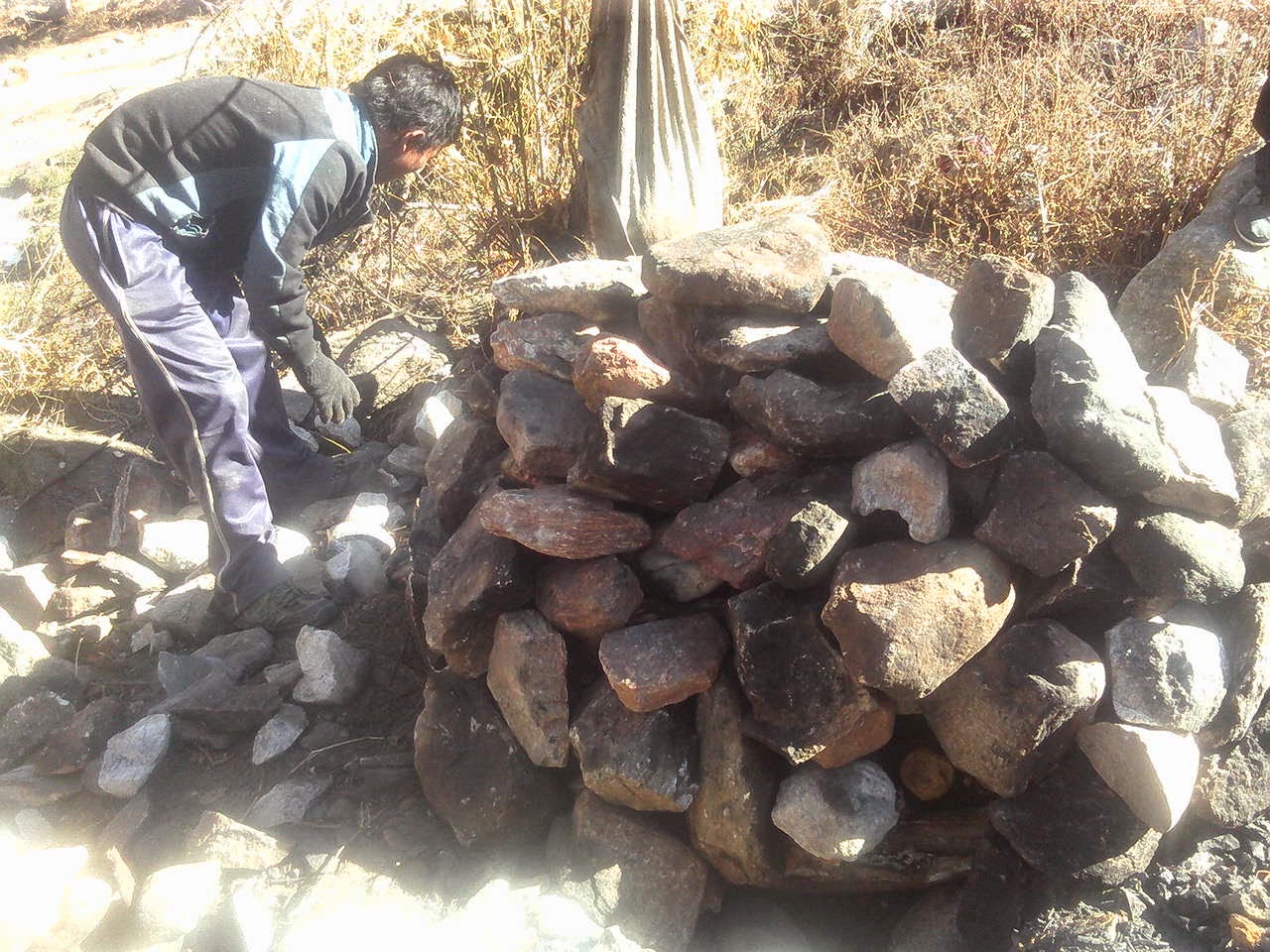 The ‘hot stone bath’ is one of the most popular activities in Paro. I have had never heard of it before but when I reached in Paro, I saw it for the first time and experienced it. They believe that the hot stone bath will cure the back bone, knee pain and all. It’s like the hot spring bath. For that they firstly collect some logs or fire wood and heat the stone to red hot. Then they put the red hot stone in the wooden box called waa, it’s like a bathtub where they put cold water. After putting 5-8 red hot stones the water becomes so hot that one can hardly bare. In that hot water one has to sit for not less than 15 minutes and the technique is one shouldn’t at all move inside the water and stay stationary. If you try to move a bit also, surely you will have to jump out of the waa because our body can’t bare change in heat. In the sense the heat is same but when we move we’ll feel like the water has become so hot, may be because of some biological reasons may be like adaptation. M
3 comments
Read more

My first trip to Paro Tak-tsang 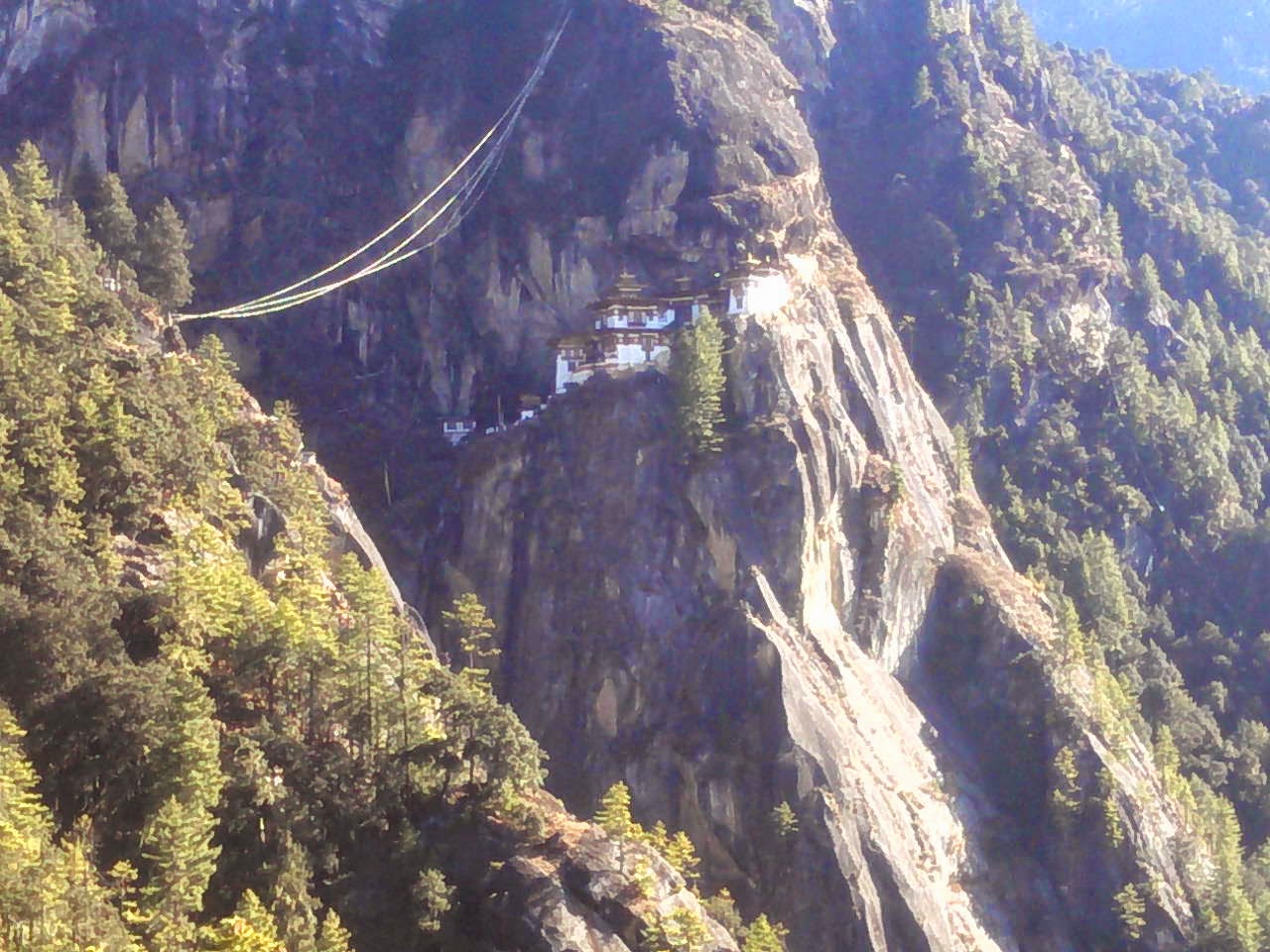