This year on 23rd of April 2013, second term of National Council Election was held in all the 20 dzongkhags of Bhutan in respective polling station under each dzongkhag. And people are asked to elect their own representatives(NC) from their respective dzongkhags to whom they trust and believe that he/she can really represent them in NC. 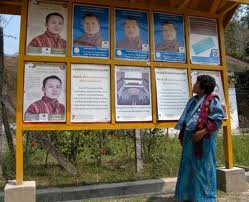 And I hope that all the candidates who deserved to be a member of NC was elected by the people without any corruption and reinforcement. unfortunately I could not go for the election due to some circumstances but I hope I will be able to vote for the NA.

But I am very much afraid that people might have elected a wrong candidate because last time when I was watching LIVE TV, the reporter  from BBS was asking few questions to the public "for what purpose are you voting and for which house are you voting?" and I saw that many peoples could not answer to this question especially the villagers because they didn't knew for what they are voting and to whom  are they going to vote. They also didn't knew that who is a capable candidate and who is not. In this way there is a very chance of voting to the incapable  candidates leading to the collapse of Bhutan government. I wish if there could be a better way to explain the villagers about the election so that they can elect a their right representative. 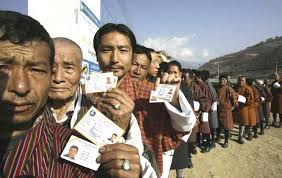