Today we had the captainship election where we were the VIPs as we are the main candidates. I felt really honored and privilege to be one of them. At the morning we gave our speech to all the Bajo-family sharing our plans and our promises for the well-being of our school and all the students. I thought someone will be calling our names and according that to we have to go in the front to give the speech. Last time when they were announcing the nominee’s names, mine was at the middle that time, I thought we will be following that sequence, so I was relaxingly standing at the side of all the boys but suddenly, present school captain (Bumika Tamang) announced “we will start our speech from that side..!” and she was looking at me, I was once shocked when I heard that. I went up to the podium and gave my speech in dzongkha niggchang (pure dzongkha) for two minutes as we are given only two minutes to share our manifestoes and ask for votes. 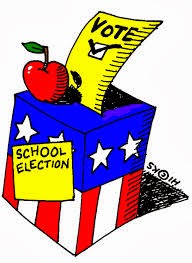 In total, we were 29 candidates out of which 12 were boys and 17 were girls. Out of 29, best 18 candidates will be selected today through the election, 9 boys and 9 girls. Last time madam told that whoever gets the highest votes will be elected as the school captains but today the school administration told that out of 9 boys and 9 girls, the teacher will discuss among them and elect the best of best two (one for boys & one for girls) as the school captain and rest 16 will be holding the post of various house captains.

Today’s election was like the real election as all the e-voting machines were there, polling stations and polling officers were also there. All the stations was arranged in the MPH, students were voting with their full confidences as during the morning, Lopen Tshering Gyeltshen showed us demo on how to use e-voting machines. We were also given the chance to vote for our-self. We started voting at around 11:00 AM till 4:00 PM (started with class 12). All the staffs (both teaching & non-teaching) were also allowed to vote for us. 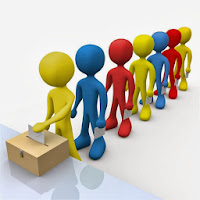 I think they will be announcing the election result in the assembly tomorrow. I have no idea whether I will be elected or not but I am very excited to see the next year’s school captain and various house captains. And I hope that the best and most capable one will be elected as the school captain.